What is Mock Twist Yarn? 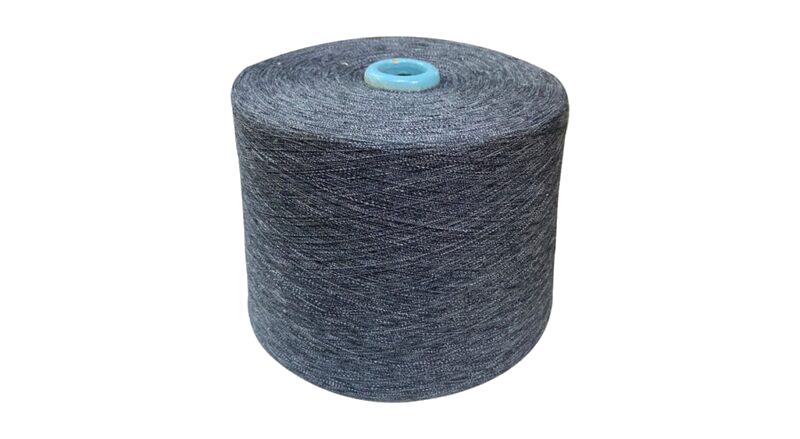 What is Mock Twist Yarn?

The reference yarn twisting that happens in the rows of roving and slubbing is known as mock yarn. This provides the impression that the yarn fibers are close together. Many elements have an impact on the yarn’s characteristics and twisting. Mock twist yarn rules the yarn industry because of its cost-effective production, and fabric made by using this yarn is a preferable material in the fashion industry.

After drafting separately but parallel to one another in a drafting frame, the roving’s or slubbing’s forming the mock yarn are then put through various procedures. These include compression and condensation done through a rolling machine with a penetrated belt. This machine makes mock yarn as close to the original yarn as possible. It also recognizes the components of the mock yarn and is responsible for producing the twists that make the mock yarn. As a result, rovings that have been crushed and condensed are mixed, twisted, and wound into fake strands.

For a mock yarn, you can insert the base of the thread into the roving or upstream of the last pair of drafting rollers or directly upstream of the condensing unit. The mock yarn is a yarn that closely resembles the original thread and has similar qualities. The fabric woven from this fake yarn has higher stiffness and strength, providing a tight grip while handling. We our yarn manufacturer and supplier worldwide.

Differences Between Standard and Mock Yarn

In every way, mock yarn is similar to genuine yarn; however, real yarn can distinguish the components of the twist, but mock yarn cannot distinguish the components of the twist once they have been twisted in the spinning machine. The process of separating the elements, which is expedited with actual yarn, maybe impossible with mock yarn, is the total efficiency of the spinning thread.

On the other hand, Mock yarn is mainly used in the sewing business. On the other hand, the genuine yarn is braided with the mock yarn to produce an intriguing look. Aside from the fake twist yarn, which ruled out the yarning business, there is a slew of other threads that are now trending and have found a useful role in the weaving sector. Thanks to the extensive classification of yarn classifications, different yarn types are finding a distinctive position in the fashion sector. The effect of mock yarn is gradually altering the genuine fabric blend, which makes fancy fashion technology possible.

The mock yarn has advantages over the conventional yarn too. The twisting process is less time consuming than standard yarn, which accelerates production. The production is also lower, due to which the consumer and the seller get better prices. The mock yarn material has suddenly made its mark on the clothing industry and has become a beneficial and in-demand type of yarn. Practically, you can hardly tell the difference between actual and mock yarn; therefore, it is preferred nowadays because it gives a similar appearance and functionality at low cost and labor.

What Is Melange Yarn?

What is Neppy Yarn?