What is Open-End Yarn? 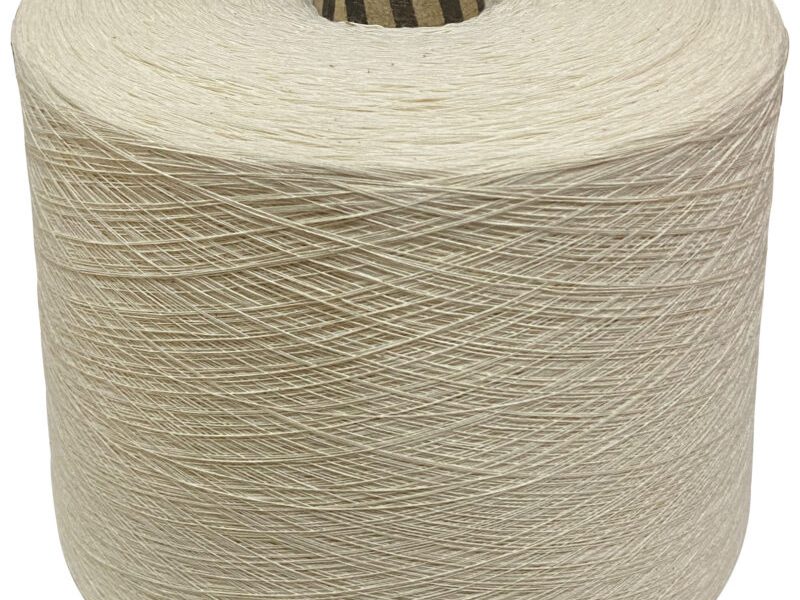 What is Open-End Yarn?

Open-end yarn is the type of yarn that can be produced without using a spindle. The spindle is one of the core components of yarn making. We get open-end yarn by using a process called open end spinning. And its also known as OE Yarn.

Repeatedly drawing a yarn stretched into the rotor produces open-end yarn. This yarn is highly cost-effective since it is made by using even the shortest cotton strands. The number of twists must be greater than the ring system to assure integrity. As a result, it has a more rigid structure.

The process of open-end spinning is relatively easy to describe. It is pretty much like that of spinners that we have in our washing machines at home. A rotor motor is used, which does all the spinning processes.

In open-end spinning, the sheets used to make the yarn are spun simultaneously. After spinning through the rotor produces yarn wrapped on the cylindrical storage on which generally yarn is stored. The rotor speed is very high; therefore, the process is fast. It does not require any labor power as the machine is automatic, and you just have to put the sheets, and then when the yarn is made, it automatically wraps the thread around the bobbin.

There could be cases where multiple sheet materials are used in this yarn. In this situation, the rotor is adjusted according to that. Also, the time and production speed may change.

The open-end spinning yarn has a few advantages over the others, which are as follows:

The spiral fibers generated on the yarn surface are a technological drawback of Open-End spinning. Some of the threads are coiled onto the surface of the spun yarn in the direction of the twist as it is introduced into the rotor chamber. We can use this property to distinguish between open-end and ring yarns.

When we twist the yarn with our two thumbs in the opposite direction as the twist direction, the twist of the Ring yarns opens, and the fibers appear. Still, the above-mentioned spiral fibers on the surface of the open-end threads prevent them from being twisted and remain coiled.

The main advantage of open-end yarn is that it is very strong and durable. It can be used for various applications, including carpets, textiles, and ropes. It is also less expensive to produce than other types of yarn. The yarn is of high quality, and therefore, it has a significant amount of usage in making clothes, garments of gents and women, and other stuff. The spinning process has made it possible to make its extensive use in making many products that manufacturers are producing on a large scale.

What is Neppy Yarn?

What is Slub Yarn?